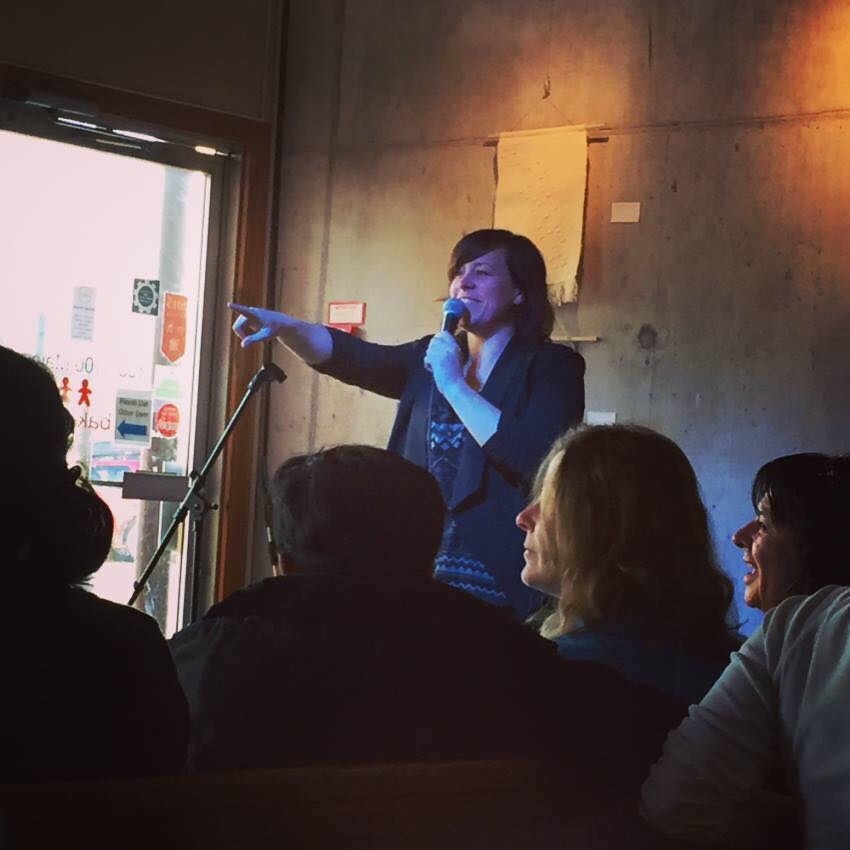 Shannon has been telling jokes in Whitehorse for the past decade. She is smart and brings a fresh perspective. She won a comedy competition in Whitehorse when she was first starting out in comedy and got to go to Edmonton and perform

Aside from comedy her life resume is staked She fought forest fires in BC has won arm wrestling contests in Dawson and Whitehorse and arguably hosts Whitehorse's best house parties.